The Two Rivers Historical Society is comprised of the Washington House Museum, the Farm Museum and the Lester W. Bentley Collection. A local group of dedicated citizens dedicated to preserving the unique history of Two Rivers, Wisconsin are members of the Society. The Rogers Street Fishing Village and the Hamilton Wood Type & Printing Museum are also integral to our community where we welcome you to enjoy warm smiles and cool summer temperatures, friendly people, scenic rivers and beautiful Lake Michigan. 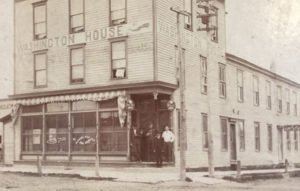 Join us for an ice cream sundae, learn about Two Rivers history or tour our historic ballroom. In June 2016 ...
Read More 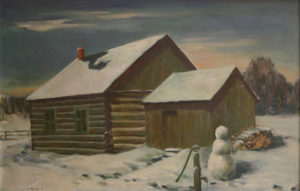 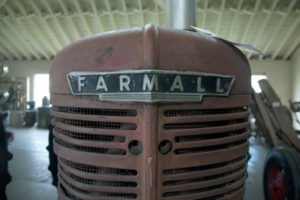 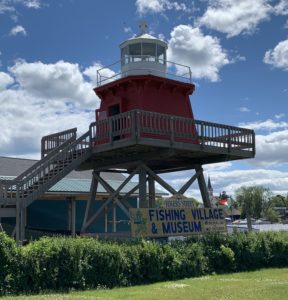 When the territory opened for settlement in 1836, the wide beaches, the Mishicott (East Twin) and Neshotah (West Twin) pouring into Lake Michigan, and the vast unbroken forest drew immigrants to Two Rivers. 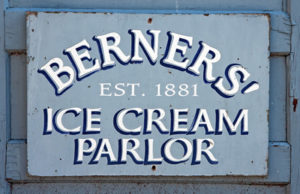 This was an ideal location. The first to arrive found a mixed group of tribes including the Potawatomi, Menominee and Ottawa. The lake provided an abundance of fish, and the rivers were used to travel inland for hunting and trapping.

French Canadian fishermen were attracted to the area and settled on the east bank of the Mishicott River. Lumbering and fishing were about the only industries here in 1848. Sailing vessels made periodic trips here to take aboard the catch of fish and bring in needed supplies. Hezekiah Huntington Smith owned and operated the only sawmill. Next came the tanneries, followed by woodworking industries making chairs, pails, boats, veneer, and other wood products including clothespins and broom handles. German, Czech, Polish and other European farmers, merchants and workers moved to the area, but it was the Germans who predominated.

In 1880, William Nash, the publisher of the Two Rivers Chronicle had a deadline to meet. He needed wood type to print large letters on posters. He asked a young man in town, James Edward Hamilton, to make this type. The request inspired Hamilton to start a company that made his name, and the city of Two Rivers known the world over.

Ed Berners was the proprietor of a Two Rivers ice cream parlor. It was a prominent landmark in the downtown area and a popular and reputable courting spot for young people. The very first ice cream sundae was served here in 1881 when a customer ordered a dish of ice cream and then requested chocolate syrup on top.

Joseph Koenig started another industry in Two Rivers in 1895 when he began the manufacture of novelties using aluminum, a new metal for the time. The business was soon supplying much of the cookware in the United States. Other industries, such as Eggers Veneer Company, Kahlenberg Engines, Crescent Woolen Mills and Metal Ware flourished because of the abundant resources and the solid work ethic of the settlers.

Two Rivers has a long history, and several museums capture the spirit of its heritage.  Today its good schools, hotels, restaurants, tourism and friendly people make it a great place to live.