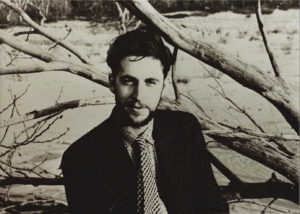 The Two Rivers Historical Society’s collection of paintings by prominent Two Rivers artist Lester W. Bentley are on display at the Lester Public Library. The many paintings, lithographs, watercolors, and sculptures are part of a rotating display.

Born in Two Rivers in 1908, Lester W. Bentley decided he wanted to become an artist at an early age. At thirteen, he exhibited in his first show competing with professionals. Earning four scholarships to the Art Institute of Chicago, Bentley’s career took off and his award-winning paintings were chosen for many prestigious shows. He still regularly returned to his Two Rivers studio to paint the scenes he loved, murals, and portraits of local children.

His travels took him to Haiti, Florida and Mexico. Bentley was in the Coast Guard during World War II, where his talents were recognized and he was chosen to paint military officers and recruitment posters. He remained in New York after the war, became affiliated with Portraits Inc., and was commissioned to paint many well-known people including President Eisenhower. Summers were still spent at his Wisconsin studios and his family looked forward to these trips back. Bentley’s work is found throughout the world, but it is only fitting that so much is displayed in his hometown of Two Rivers.